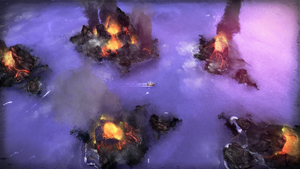 Abandon Ship features a procedurally generated world, where you take on quests, deal with random events, challenge enemy ships, and of course, try to fight against the Cult of haliphron. You can explore the world as part of a story, telling of the (mis)adventures of the Severed One (your captain), a renegade member of the Cult, or as part of a combat campaign, where you try to find your sister, captured by pirates. 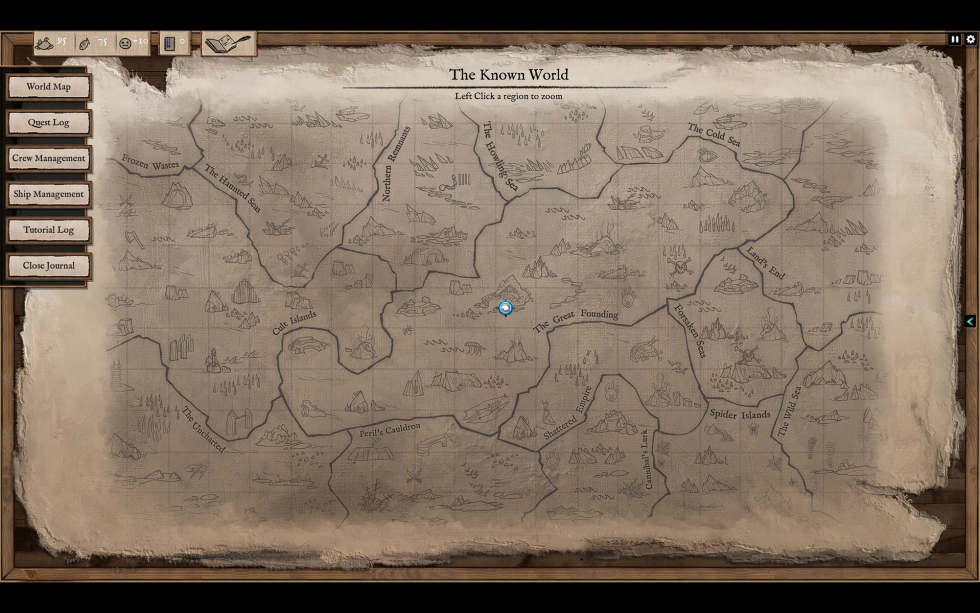 The map is divided into 15 regions, which contain a set number of randomly generated maps. These can contain random ports, points of interest, and have one of five possible biomes, three water roughness states, and six weather states. Each map has at least one unique event and island. Each map is connected to one or more other regions by gates, which can be opened after interacting with the specified amount of points of interest. The known world includes the following regions: